Revolutionizing Governments and Governing through Systems of Engagement

Governments around the world are fundamentally changing the way they execute their missions. They are using technology to let citizens voice their concerns and propose alternative solutions. They are opening up records and data for public analysis. They are looking at public social media for quick reads on trending issues to find fixes to the most vocal and pressing issues facing their citizens.

These new processes—called “systems of engagement” have the potential to transform governance. Opening up government increases legitimacy through transparency. Giving all citizens a chance to be heard makes final decisions better. And even though some participants won’t get their way, the process will be fairer in the end.

Government in the past has thought of its technology systems as a way to preserve records. But by thinking of technology as a route to active involvement, governments can move beyond the traditional model of broadcasting directives. They can create an interactive model where citizen voices are heard and services are better tailored to the needs of groups or even individuals.

Numerous countries, states and cities around the world have taken steps to open up data, providing various datasets to the public. Australia’s data.gov.au carries 3,600 datasets including everything from the City of Hobart’s road system to an “Assessment of Terrestrial Biodiversity.” Canada runs an annual hackathon challenging coders to come up with new applications for government data. This year’s grand prize winner: “NewRoots” which tells immigrants which Canadian cities offer the best economic opportunities based on data such as unemployment rates and average rents.

In Africa, Kenya’s Open Data site, launched in 2011, contains nearly 400 datasets including International Monetary Fund projections and demographic data from the national census. And in Eastern Europe, the Republic of Moldova has launched data.gov.md to make governing data more accessible to their citizens.

Opening up government records provides more opportunity for citizens to involve themselves in the public sector. Letting citizens access the data that government collects can provide fresh insights and invaluable feedback. In the U.S., academic researchers have analyzed public Medicare expenditures to discover vast disparities in spending on certain procedures from region to region.

Data that show big differences in the number of C-sections from hospital to hospital with similar health outcomes have led many obstetricians to reconsider whether they should be so quick to use the procedure.

Implementing open data practices isn’t easy. But by following a careful process governments can maximize their chances of success


Using newly public Medicare records, journalists have revealed that a few doctors perform certain procedures 20 or 30 times more often than most doctors in their specialty, raising questions about the need for the procedure. Examining data from the Social Security disability files, journalists found that a few judges approve more than 90 percent of disability claims while others deny claims more than 80 percent of the time. Since then, the Social Security administration has tightened its oversight of the judges. Citizens can use open data for their own protection. Several services use city police crime reports to provide interactive maps that show the most dangerous neighborhoods. Public data on sexual predators can help families choose where to live.

Government records can ultimately create economic opportunities for entrepreneurs. For example, when the National Weather Service opened up its data collection, private weather services figured out how to use the data to create easily readable weather forecasts for smartphones and computer displays. Once private services got hold of the data, the value of the commercial weather market grew to $11.8 billion in 2011 from $2.5 billion in 2007, according to the American Meteorological Society.

Widespread smartphones provide a new way to tighten the connection between citizens and their governments. For instance, in cities like Boston, technologists have developed apps that take advantage of location-awareness. They let residents easily report burned-out street lights or abandoned cars to the correct city department. With user activation, the city can even use individuals’ smartphone motion-sensors to detect potholes while the user is driving and then send a repair crew to fix them.

Implementing open data practices isn’t easy. But by following a careful process governments can maximize their chances of success.

First, it’s important to understand the challenges. Budgets for new projects are always an issue. Even though the data exists, providing public access without compromising security requires thought and consideration. The organizational culture needs to change from hoarding to sharing, and data needs to be analyzed for quality and scrubbed of bad information.

Secondly, there are some technology challenges. Often, the computer infrastructure that has been cobbled together for use by insiders won’t stand up to public demands. Opening up data may be a reason to move to modern cloud infrastructure. Such a move should be accompanied by an evaluation of privacy and security controls.

Creating open data practices should be phased in carefully. Starting with a couple of pilot projects as a way to see how the concept plays out, both inside the administration and with the general public. To boost public involvement, it’s a good idea to open up records of widespread interest. For example, New York City’s Health Department (NYCHD) created a popular app called ABCEats that shows data and ratings from restaurant inspections.

Government agencies need to think carefully about how to present data in ways that fit with the agency’s mission. Similarly to NYCHD, the Centers for Medicare and Medicaid Services made available a public dashboard of health data by state and hospital region that shows regional variance in chronic conditions, providing guidance on potential public health initiatives.

Today, smart government leaders understand they need to get passive citizens more involved in the public decision-making process, and technology is at the forefront of achieving this.

Open government data and citizen involvement are key initiatives for government at every level. Citizens have growing expectations for accessing data and services online. Agencies and institutions need to take advantage of the systems of engagement technologies and deliver the level of services that is expected and owed to their constituents. 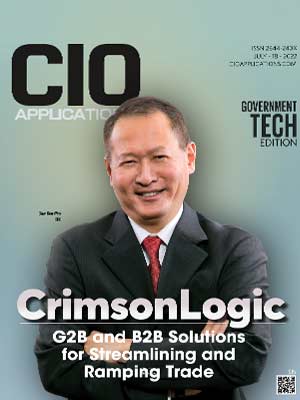 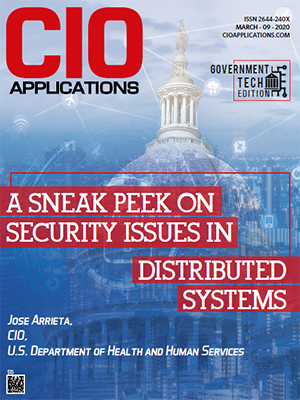